Things to do near Saint-Hilaire-de-Riez

For your future holiday at the 4-star Domaine des Salins campsite, set out to explore Saint-Hilaire-de-Riez. Saint-Hilaire-de-Riez is both a coastal municipality and a seaside resort with all the magic of the sea, the quiet of the forest and the charm of the ancient salt marshes.

Vendée Cliffs
They have been built up over the millennia. There was once an island, named Ile de Rié, that was separated from the continent by a sound, which was gradually filled with marine deposits. Over time, this has given rise to the Vendée Cliffs (Corniche Vendéenne).

Head north towards Saint Gilles Croix de Vie, and you will come across a famous cave known as the Trou du diable (the Devil’s Hole). According to legend, the Devil kicked this part of the cliffs with his heel because of his disappointment at losing a deal he’d made with Saint Martin (another Pont d’Yeu legend). There is a second version saying that the Devil was held prisoner in this cave by five monks: the famous five rocks known as the Cinq Pineaux …

The cave is also called the Marmite du diable (“the Devil’s pot”) because the water boils here like in a cauldron, and a schist arch, which looks very much like a pot handle, hangs down above it. The Cinq Pineaux, meanwhile, are located just beyond the Sion cliffs.

Hiking circuits
Do you like walking? Cycling?
Then follow the signs all around the town of Saint Hilaire de Riez. Take your time to explore the large number of cycling trails and take advantage of the mountain-bike and hiking paths criss-crossing 1500 hectares of fresh water areas, 300 hectares of salt marshes and some 600 hectares of forests.

Public forest
The public forest contains 600 hectares of maritime pines (along the coastline) and broad-leaved trees.
Head for the Domaine des Salins campsite reception and pick up all the tips you need for a fun exploration of our beautiful forest!
Please note: the campsite is next to a small public forest area that you can cross along a private footpath belonging to the campsite. Just follow the squirrels! 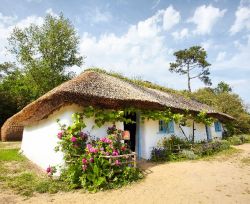 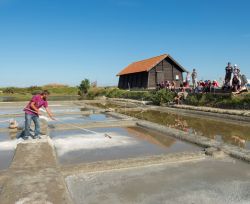 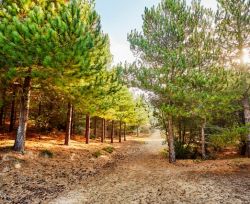 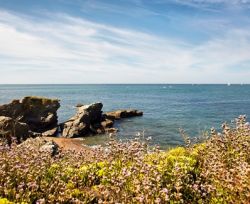 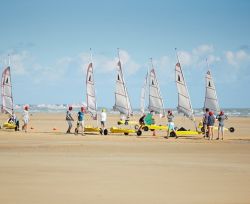 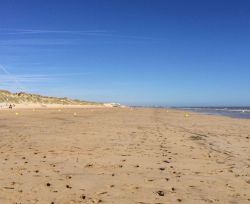 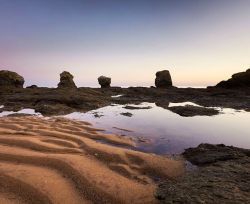 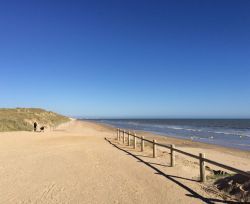 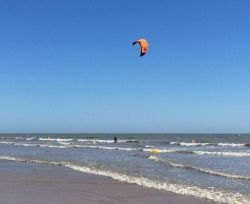